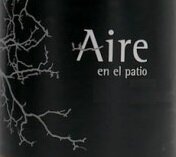 Alcohol: 13% Bottle size: 75cl - Weight 800g Certified Organic and Vegan Suitable for V and V Average age of vines: 60 years VARIETIES: Airen 100%, native to the region. SOIL: The plot from which the grape comes, has calcareous soil, with the limestone bedrock about 20 cm deep and very white in color. The vineyard is at an altitude of 800 m. above sea level. It has a slight north inclination and is influenced by the wind "Zierzo", fresher and with the type of soil the wines they are more mineral and with better acidity. HARVEST: The harvest of this 2015 was carried out on October 15 the absence of rain made the grape arrived in perfect condition in boxes of 18 kgs. PREPARATION AND AGING: The grapes are destemmed and It was concealed in a 650 L chestnut barrel. There fermented, macerated and aged for a year. It was then pressed and for a period of about months I was decanting in a stainless steel tank. It was bottled in May 2017 without filtration or sulphited and without corrections.
Download Pdf
About Vinos Patio

Samuel Canos, the fourth generation of winemaker in his family, works 35 hectares of vines in rural La Mancha that have been passed down from his grandfather. It may seem like Samuel is running a pretty large-scale production but in fact he only uses 10% of grapes from the vineyard for his own production. The rest he sells on the cheap to the local organic co-op. For Samuel it’s much more about quality than quantity. Samuel and his family have pretty consistently grown and vinified organically. No particular school or principle is followed; Samuel picks and chooses various methods that work for his vineyard. He mixes some biodynamic practice with common sense, science and a little bit of left field farm-ology. Where most growers spray their vineyards once a year with sulphur, Samuel opts instead for a cow’s milk solution, which he argues is equally effective in protecting against fungus and mildew. Summers in La Mancha are dry and baking hot, yet the breeze from the east coupled with its relative elevation (700-800m above sea level) mean that whilst Samuel’s wines carry high sugar, they also have a definite structure and balance. Soil here is lime-carrying clay on a bed of limestone and the resulting wines are somewhat voluptuous yet still mineraly.
Continue Shopping