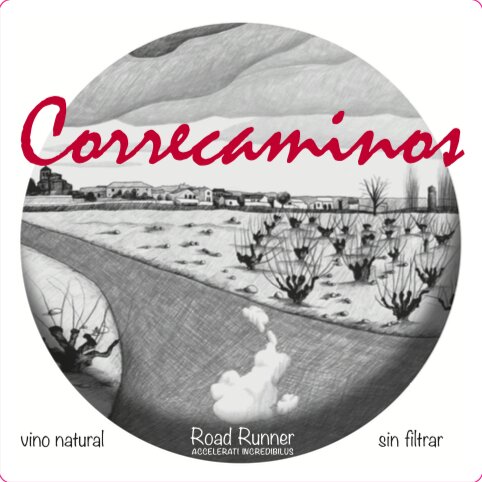 Welcome to the República Independiente del Verdejo under President Ismael Gozalo! Ismael represents the fifth generation of winegrowers in Nieva, Segovia. His father was the first one to bottle the wine. The cellar, just in front of the church of Nieva, was previously used by the monks. A majority of ungrafted pre-phylloxera Verdejo vines are growing in the field and there are also Merlot, Syrah, and Tempranillo vines. The sandy soil (along with clay, slate, limestone, and pebbles) and the pines forest around the vineyard stopped the insect to spread in this area. Situate between 800-900 meters of altitudes and organically farming with as little intervention as possible, these vines never were in contact with any chemicals. The oldest vines are now 269 years old, and the old ladies are still in pretty good shape. In addition to his vineyard, he also buy Rufete grapes from the region of Salamanca. Ismael is following the biodynamic calendar to aligned the activities in the field and in the bodega. Ismael was working with his family winery Viñedos de Nieva, but wanted to experiment on his own with bio wines. This is why Microbio Wines was founded in 1998, first as a side project. In 2004, he co-founded Ossian with his partner Javier Zaccagnini. They quickly received a good recognition with their vibrant wines of Verdejo focused on terroir. After his partner left and sold his part to a bigger group, Ismael decided in 2013 that it was time to concentrate his efforts on his solo project. He is since working two lines of products. Ismael Gozalo wines are more “classic” wines with a small amount of sulfite added during bottling. You find in this line La Banda del Argílico, Sin Nombre and Respública Verdejo. The other wines are from the Microbio line, and they don’t have any sulfite added. All the wines are from indigenous yeast fermentation, not filter nor clarify.
Continue Shopping