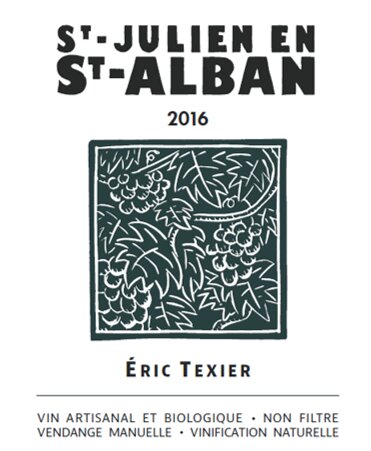 I became a vigneron in the almost forgotten vineyard of Brézème in the northern Rhone after a first career and without any family background in vines or wines. As such, my goals and methods developed not so much from my years of schooling, but from my readings, visiting sustainable farmers and traditional winemakers around the world. My winemaking is very old school and very minimalist : direct pressing for the whites, native yeasts fermentation, mostly in concrete vats. No fining ever. For the reds : no destemming, then crushing in most of the cases. Ageing from 10 to 48 monthes mostly in big concrete vats and big foudres. No fining no filtration. No addition of nothing prior to bottling. SO2 can be added up to 30ppm for the reds and 40ppm for the whites then according to the terroir and the vintages. About 20% are bottled without SO2 addition, but no systematic posture. My main concern as a vigneron is the soil. After growing in a very academic organic way for a few years, I had the feeling that replacing herbicide by plowing, and chemical fertilizers by compost was a dead end. For the past 6-7 years, we’ve tried to tune up a no or minimum-till, no exogen input agronomic philosophy inspired by the works of M. Fukuoka, B. Mollison or M. Altieri.
Continue Shopping