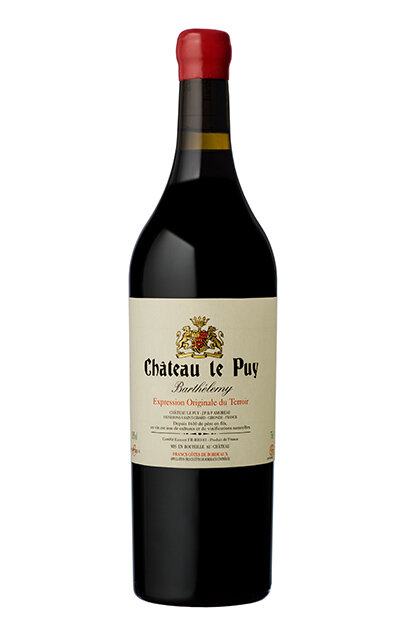 Le Puy lies on 54 hectares in three parcels, on the same rock plateau as Pomerol and Saint-Emilion, a place known in ancient times as “The Plateau of the Wonders” because of the excellence of its wines. Our vines are 50 years old on average with a majority of Merlot (85%). Viticulture is biodynamic and special care keeps on all along the wine-making process : neither yeasting nor chaptalisation are used. Our cuvée “Emilien” is matured and fined in seasoned casks and oak barrels for 24 months. Our sulphur-free wines Barthelemy, Rose Marie and Marie Cecile are raised by stirring without addition of sulfites and matured in seasoned barrels made of fine-grain oak. The maturing period varies from one cuvee and can take up to 24 months. They are “dynamised” regularly according to the lunar calendar and their specific needs, defined by in-house oenologists Pascal and Jean Pierre Amoreau.
Continue Shopping