Home > Drinks > Under Your Skin
Not available 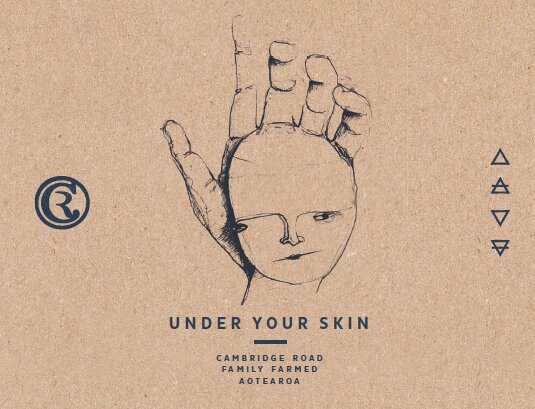 I grew up on the rich volcanic earth of New Zealand’s North Island, my grandparents farmed dairy cattle in a time where living from the land was widely practiced, it is from these memories and the taste of my grandmothers tomatoes that much of my culinary soul was nurtured. It is from the ocean however that my mind was opened to the rhythms and gravity of nature. Our forests too, a place of respect, to tread lightly and appreciate harmony and chaos entwined. So it is with a degree of design and chance that the pursuit of viticulture came to me in 98, a decade later I released my first wine under the Cambridge Road Vineyard label.  The vineyard first planted in 1986 allowed me to pursue my desire to employ biodynamic farming on a human scale (2.2hA) in the heart of the Martinborough Terrace Appellation. Our winery followed a few years later and this coincided with the transition to 100% native yeast and elimination of all adjustments save small additions of sulphites. The first zero add wine was 2012, a vin gris of pinot noir, a Pet-Nat followed the next year and our first raw red and amber wine the year after.
Continue Shopping