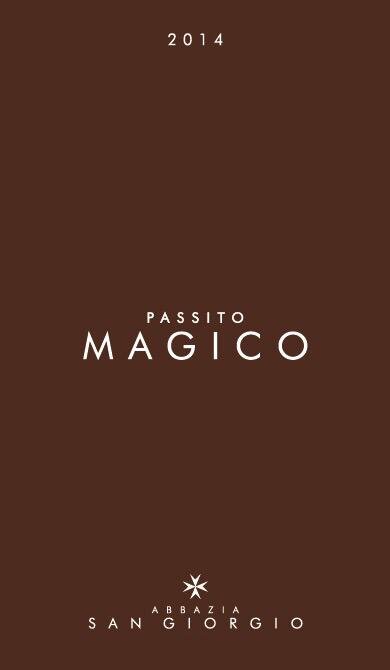 The production of “Magico” begins in the second part of August. After a first selection in the vineyard, the grapes are placed on racks and left to dry under the sun. Eight days later they are turned on their other side and after eight to ten more days, the dried out grapes are brought to the cellar, ready to be pressed. The dried grapes, together with the fresh ones, are taken off the stem and pressed. The fermentation process takes place in stainless steel tanks at a controlled temperature, for a period of approximately one month. During this phase, the skins and the dried grapes slowly release all their aroma and sugars in the wine. “Magico” is a meditative wine and as such it is to be considered a dessert wine. It will however pair very well with blue cheese and hard cheese, such as Parmigiano and Pecorino.
Download Pdf
About Abbazia San Giorgio

Abbazia San Giorgio was founded in 2015 by Battista Belvisi, an expert in “natural” viticulture. This 3.5 hectares vineyard is located on the island of Pantelleria. Vines are run biodynamically.
Continue Shopping